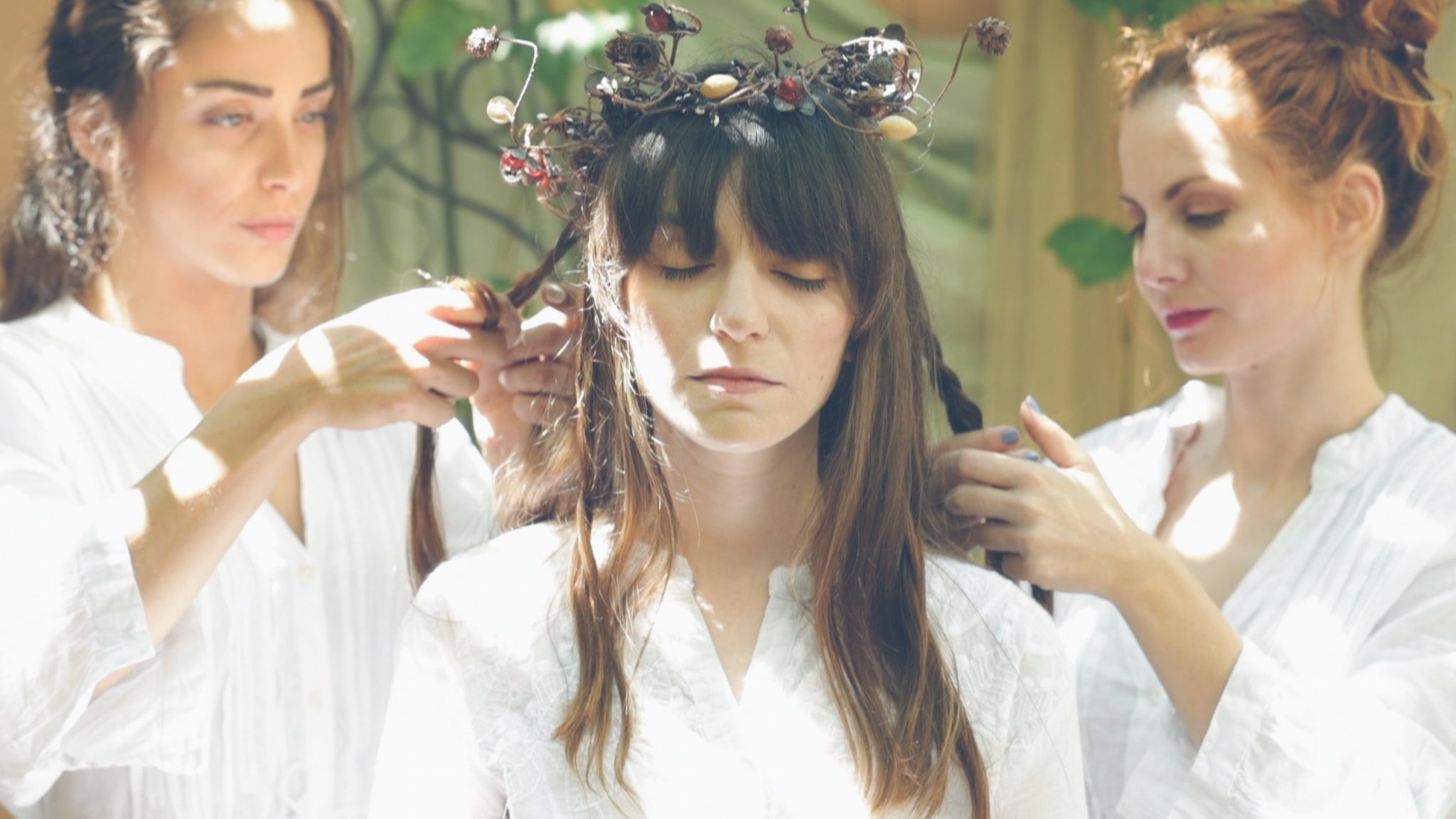 I haven’t written to you for a long time. I hope you’re well. I’m writing to share new music with you. It’s my new song “Mneme” – a lullaby inspired by memories of young love, the old self and more carefree times. Mneme serves as a prelude for what I have prepared to share with you through my upcoming EP Maenads – tales of utopia and sisterhood, taken straight out of a parallel universe where logic is freedom and art.

I’m incredibly proud to present to you the visuals for Mneme – the first part of a trilogy exploring the female power and the way it’s viewed by the society. Mneme represents the innocence of the yesteryear – an innocence long lost in an effort to grow up fast. The video is inspired by the three original ancient Greek muses – Aoide (the muse of voice and song), Melete (the muse of thought and meditation) and Mneme (the muse of memory). Together they become the inspiration for poetic and musical creation. Filmed under the Athenian sun by George Geranios, it’s featuring Clio Arvaniti (Aoide) and Dora Pantazopoulou (Melete).

Musically speaking, Mneme is one of my most romantic and dreamy songs to date. It’s mysteriously abstract and I’d like to keep it that way. I invite you to interpret it however you want. I encourage you to make it mean something to you and let it soothe you. That’s what it did to me – it helped my old wounds heal and it calmed me down. I wouldn’t like to write more; I usually fill these digital pages, but not today. Today, I’ll let my music speak, my Mneme. This is a new musical era for me and I truly hope you’ll enjoy it.

Sending you much love and sunny postcards from Athens.