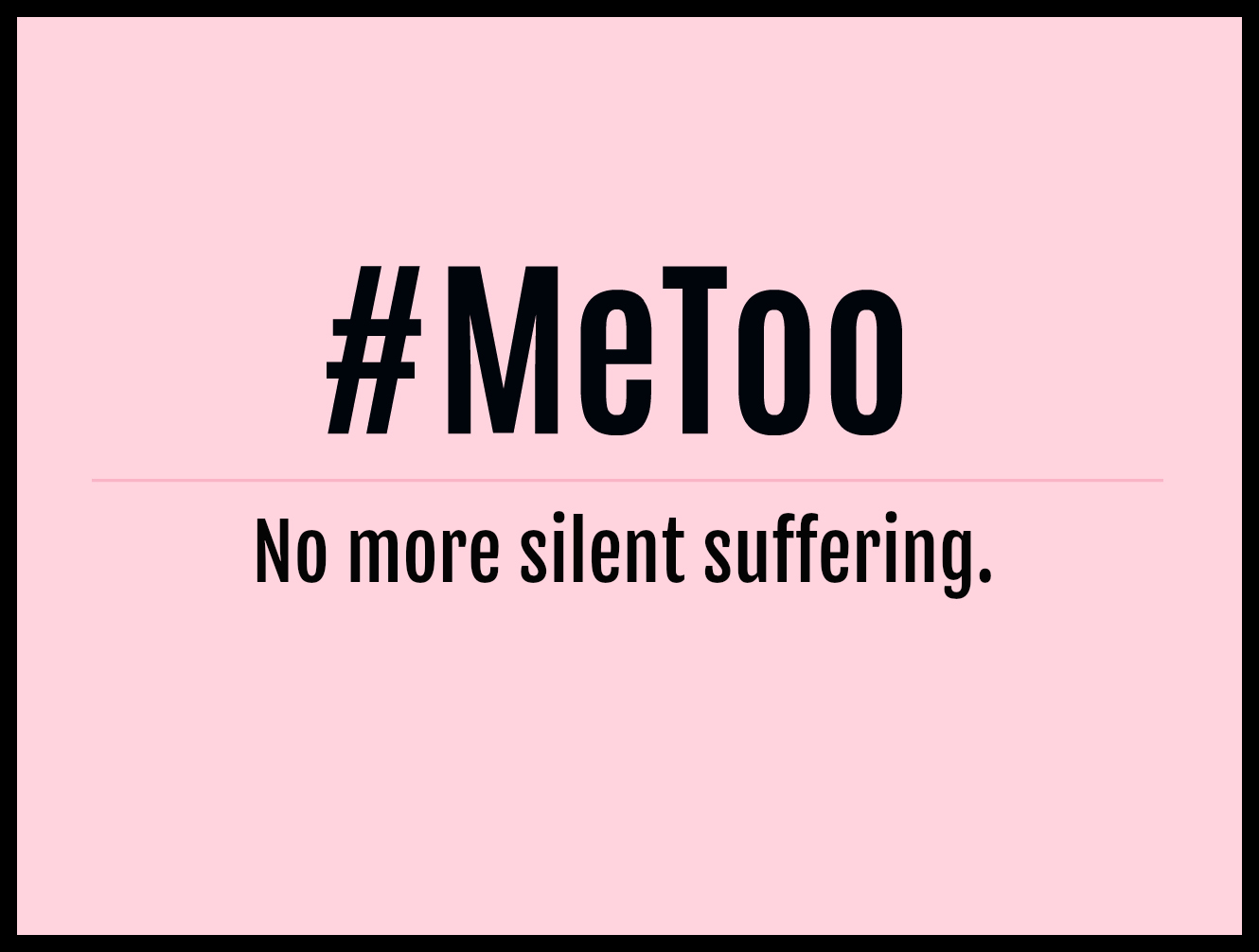 Tarana Burke, an activist from Harlem, started #MeToo ten years ago to help and support women of colour who had survived sexual abuse. Last week though, and after you probably read somewhere about the many Harvey Weinstein sexual harassment and assault victims with the scarily similar stories, the actress Alyssa Milano brought #MeToo to the foreground, amplifying the velocity of the movement. All social media platforms got flooded with horrible memories, as well as support notes addressed to those who’ve suffered. But the day that the public became aware of all those heartbreaking stories wasn’t the day that sexual harassment and assault began or ended. And now that the #MeToo hashtag has stopped trending, one would begin to wonder, what’s next?

Let me tell you, I have my own stories that keep me up at night, or turn me suspicious when I’m around men – when you’ve suffered, you can’t help it. But stories like my own or the ones shared online during the course of the past week get rarely reported, and ever more so rarely televised. The topic quickly became very popular getting the attention of sympathizers, but also of professional trolls who defended the abusers. Dear Internet and the world, until when will we stop seeing women’s bodies as “temptation” and foster rape culture? Until when will we stop allowing excuses like “I didn’t know what I was doing”, or hiding behind sex/drugs/alcohol addictions? How is it possible that it was “the woman’s fault”? Even if nobody knew until some days ago about the pain and weight that some women are secretly carrying, we now know and it’s time that we have the conversation we avoided having for too long.

#MeToo resurfaced my anger and disgust, as well as memories that no matter how well I tuck them in the “let’s not talk about it” drawer, they always come back to haunt me. It also helped me realize that I’m not alone. Despite how hard it is to face those demons that I and many other women have been trying to repel, #MeToo sparked a general feeling of responsibility and care about one another. It felt like a movement where victims and survivors won over trolls and abusers just by standing tall and telling the truth. Women’s voices were loud as ever, asking for objectivity. #MeToo has offered us a momentum that we shall take on. Truth to be told, it’s possible that it’ll take us nowhere. But we won’t know until we try.

What can we take from the Weinstein saga? To begin from somewhere, his reputation is damaged for life. There are 46 women who have publicly spoken up about being sexually harassed and/or assaulted by the bad wolf of the story. His wife, Georgina Chapman, announced she’s shocked by all the allegations and decided to leave him. Weinstein got fired from his company and expelled from the Academy. Seeing a powerful man reaching the bottom because of his actions restores the faith in humanity and justice. That being said, reasonable questions come up. Some of the stories date back to the 80s. What is more, many celebrities have claimed that there have been circulating rumors about Weinstein’s clandestine behavior since years. Why didn’t they do anything? How did this take so long to come out?

You see, that’s the reality for many women out there who’ve had similar experiences to the ones shared these days. When trying to talk about what happened to you, people are likely to not believe you. They might even call you a liar. They’ll discourage you from talking about it. Even if they believe you, they’ll tell you to brush it off, and you’ll probably never going to talk about it, ever again. Best case scenario, they’ll line you up with an officer to report the crime. Or you’ll find the courage and go to the police station on your own. And we all know that there’s too little the authorities can (or are willing) to do. Societies are silencing the victims of sex crimes, leaving them alone in a fight that’s only begun. That’s why the Harvey Weinstein story feels like a milestone in a victim’s life, whether harassed by him or somebody else. It’s proving the power of joining forces for a purpose. It’s showing that many voices are louder than one. 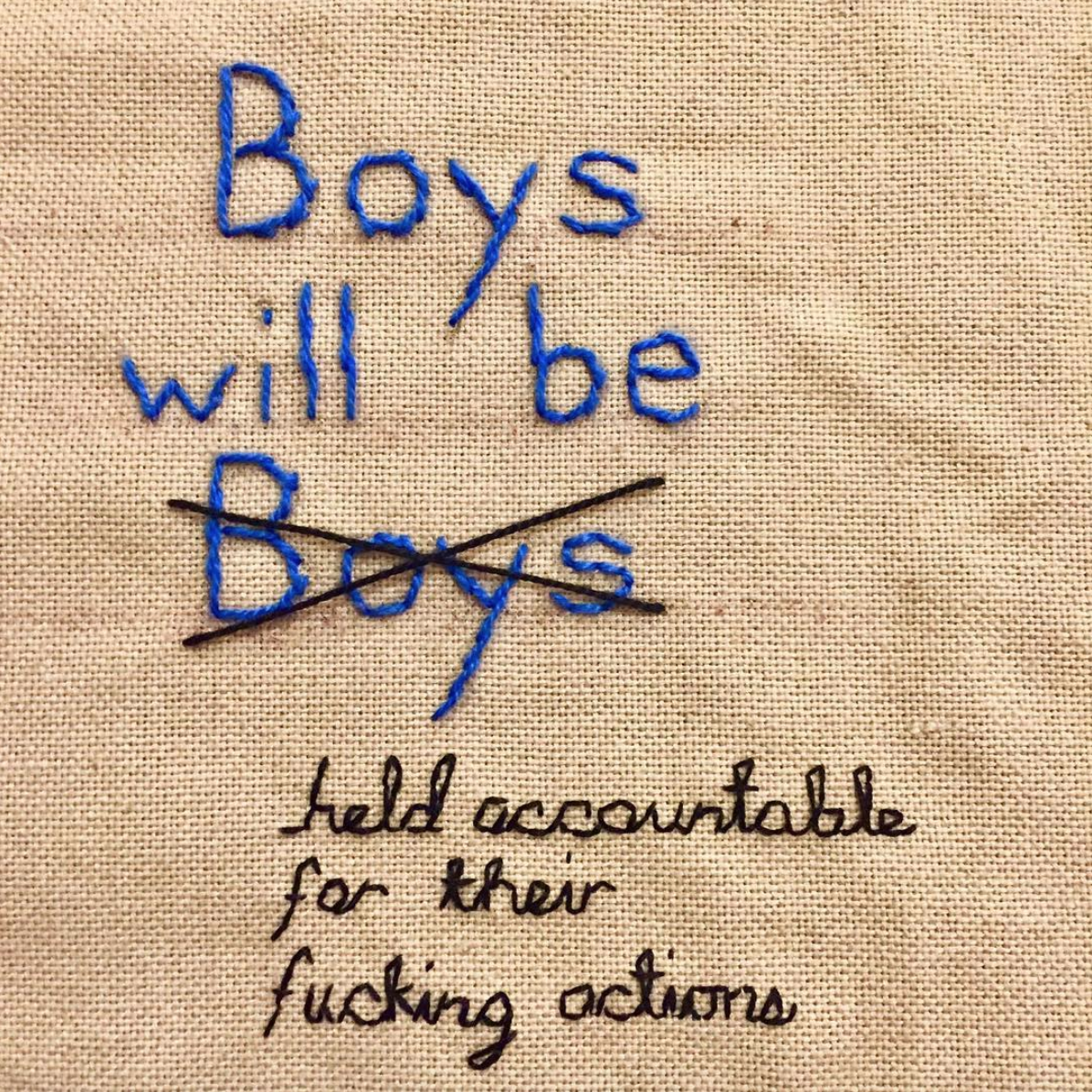 Surely, Harvey Weinstein is a big fish in a sea of many. Hopefully, the fact that even he, a prominent producer in the film industry, got caught and exposed will get other abusers think twice before making a move. However, we can’t base our hopes on the predators. There is a problem and only if we address it, we can solve it for good. That’s why #MeToo seems like a salvation boat that’s taking us back to the shore where we can finally heal as a whole. As a community, as a society. #MeToo’s strength shouldn’t be underestimated; it managed to mobilize women across the world. Or at least, across our free, democratic world where victims could potentially find justice and/or peace of mind. Women bravely went down their own personal rabbit holes, shared their stories and supported each other. For a couple of days, women took it to the social media to raise awareness about a form of abuse that’s almost systemic. This is and should be treated as a breakthrough – so, why to stop now?

What happens next is up to us – and by “us”, I mean all those who care about changing things, no matter the gender. There are many things that we can do – from smaller acts, like criticising an inappropriate behaviour, thinking twice before sharing a lewd joke, to bigger ones, like starting a petition to stop violence against women or protesting for women’s rights, fighting for those who can’t share their stories on Twitter or on Facebook and continuing the work that Tarana Burke started. Whichever type of contribution each of us chooses, we should always remember that education is key, as is caring, respect and the perpetual effort of making things better.

It’s ironic how the whole Harvey Weinstein story could become a popular movie featuring a star-studded cast. One of those movies where the good wins the evil in a dynamic battle of power versus dignity, money versus the truth, crooked versus hero. Will that movie happen? No, unless things change. Why not? Well, because Harvey Weinstein isn’t the only one who smelled the macho man rose. It’s a long road and a cause that requires dedication and strength. Are you on board?